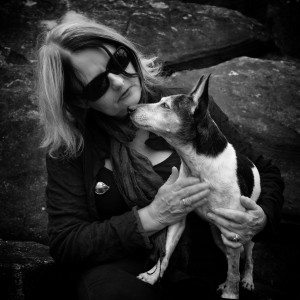 Jane Skelton has published short fiction and poetry in a range of literary journals and anthologies.

These include Hecate: A Women’s Interdisciplinary Journal, Island Magazine, Australian Short Stories, Overland, Going Down Swinging, Hobo, Hidden Hands, Idiom, Telling Ways: Australian Women’s Experimental Writing, Falling Angels: a chapbook, and Things that are found in trees and other stories. Her novel earth eaters was a winner in the 2010 LitLink Unpublished Manuscript awards.

Lives of the Dead and other stories was published by Spineless Wonders in 2013. She has completed another novel, Strange Weather. A collection of poetry and prose Chimera, was published by Rochford Press in December 2020. She has a doctorate in Creative Arts (University of Western Sydney).

Jane is a casual academic at the University of Western Sydney. She lives in the Blue Mountains, NSW.

“My stay at the Varuna Writers’ Centre in 2010 is etched in my memory. It was August, and there was an ever-present wind which made the house sing and the trees dance. Snow flurried out of the sky. It was a place of great energy, which I found I could transfer to my writing. My writing is greatly influenced by the natural world and has a strong sense of place. The land is a character, haunted by unresolved emotions.”

Photo by Julieanne McWhirter
This project has been assisted by the Australian Government through the Australia Council for the Arts, its arts finding and advisory body